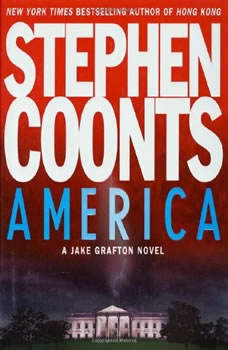 When an experimental nuclear submarine is hijacked in broad daylight, only Admiral Jake Grafton stands between the deadly cargo and its intended target: Washington D.C.Hundreds of people have gathered to watch the launching of the USS America—our newest and most sophisticated nuclear submarine. Then, the unthinkable happens: armed men emerge from the tugboat that is leading her to sea, board the submarine and man her controls. Half of the men onboard are slaughtered and half are put out to sea. Before nearby destroyers can react, the sub disappears.Admiral Jake Grafton is resting at his Delaware beach house when he is asked to find out who has stolen his submarine and why. He learns that a rogue CIA group, originally trained to steal Russian technology during the Cold War, may be behind the operation. And soon it becomes clear that, whatever their purpose, they mean business: within hours a missile launched from the submarine destroys the top floor of the White House and a second missile fells an airliner carrying 283 passengers. Now the race is on to find out where the submarine is, who is behind the nightmare scenario and—most critically—how to stop it.