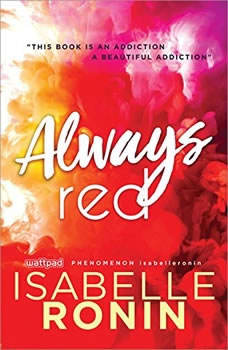 ALWAYS RED is a new release from Hachette Audiobooks: Powered by Wattpad - an innovative collaboration between Hachette Book Group, a leading publisher, and Wattpad, a passionate storytelling community of over 45 million people. Your favorite online stories, now available in your headphones!An international phenomenon with over 140 million reads. Text edited from the original by Sourcebooks.