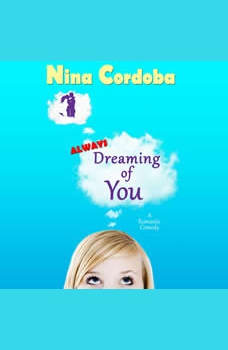 Always Dreaming of You: A Romantic Comedy

Elle (Lilliana Brigitte) Lorrence has one goal: To escape her powerful, controlling mother's world of paparazzi, entourages, and plastic-surgeried cyborgs. So far, it’s been harder than she thought. But if she can only pretend to be an actress for this one little independent film, the paycheck will enable her to set her escape plans in motion.

Meanwhile, tragedy has struck the Carson-Villanueva family. All Chris can do is keep busy and hope the crippling feeling of loss will fade, until an encounter in a parking lot with a striking young woman injects him with optimism. But when she hands him twenty dollars for helping her and drives off without giving her name, he's disappointed...and a little insulted.

When Chris meets his new movie dialect coaching client, she turns out to be Elle, the young woman from the parking lot. She’s nearly irresistible, but he has no desire to get mixed up with an actress and live a Hollyweird lifestyle. And after her bizarre reaction to an incident at the diner, he knows he’d better do his job and get far away before he’s sucked in by her allure. Unfortunately, he's still mesmerized by her angel-kitten eyes and can't resist calling her "Lily."

Every fiber of Elle’s being tells her Cristoval Cesar Carson is the embodiment of the faceless man from her dreams. But are the hurdles she must overcome to possess him insurmountable?

The Dating Plan
by Sara Desai

Love Her or Lose Her
by Tessa Bailey

Get a Life, Chloe Brown
by Talia Hibbert

The Happy Ever After Playlist
by Abby Jimenez