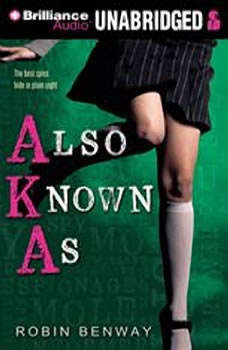 Maggie Silver has never minded her unusual life. Cracking safes for the world’s premier spy organization and traveling the world with her insanely cool parents definitely beat high school and the accompanying cliques, bad lunches, and frustratingly simple locker combinations. (If it’s three digits, why bother locking it at all?) But when Maggie and her parents are sent to New York City for her first solo assignment, her world is transformed. Suddenly, she’s attending a private school with hundreds of “mean girl” wannabes, trying to avoid the temptation to hack the school’s elementary security system, and working to befriend the aggravatingly cute son of a potential national security threat . . . all while trying not to blow her cover. From the hilarious and poignant author of Audrey, Wait! comes a fast-paced caper that proves that even the world’s greatest spies don’t have a mission plan for love.