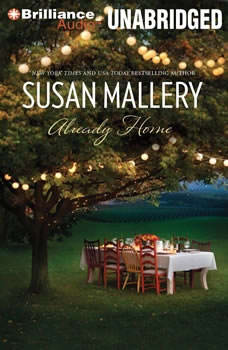 After nearly a decade as a sous-chef in a trendy eatery, and fresh off a divorce from the owner, Jenna Stevens is desperate for a change. So when she spots a for-lease sign in her hometown, she impulsively decides to open her very own cooking store. Her crash course in business is aided by a streetwise store manager and Jenna's adoptive mother. But as soon as she gains a foothold in her new life, in walk her birth parents—aging hippies on a quest to reconnect.Now Jenna must figure out how to reconcile the free-spirited Serenity and Tom with the parents who raised her and decide whether to open her heart to a man who just might be the best thing to happen to her in years. All without sacrificing her newly found dreams. In the end, Jenna will find that there is no perfect family, only the people we love.…

Summer in Sonoma
by Robyn Carr

My Kind of Christmas
by Robyn Carr

RITA recipient Robyn Carr is the #1 New York Times best-selling author of the wildly popular Virgin River books. The 20th in the series, My Kind of Christmas follows Patrick, the youngest Riordan brother, as he recovers from a tragic loss. After his...

The Newcomer
by Robyn Carr

Single dad and Thunder Point's deputy sheriff "Mac" McCain has worked hard to keep his town safe and his daughter happy. Now he's found his own happiness with Gina James. The longtime friends have always shared the challenges and rewards of raising ...