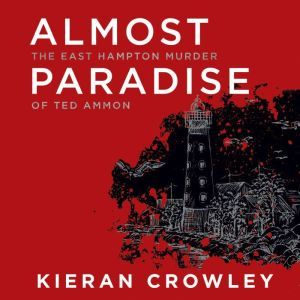 For the audience that read Maria Flook’s New York Times bestseller, Invisible Eden, this is the extraordinary story of a high-stakes murder case set in the high society world of East Hampton—the playground of New York’s superrich.On October 22, 2001, handsome multimillionaire financier Ted Ammon was found bludgeoned to death in the magnificent East Hampton mansion he’d built with his beautiful—and volatile—wife, Generosa. She stood to make millions, but it wasn’t the money that made Ted’s friends suspicious: Generosa Ammon had a history of violent outbursts and bizarre obsessions.A talented decorator, Generosa had fashioned a lavish lifestyle for her husband and their two children, divided between Fifth Avenue, the Long Island estate, and a manor house in England. But when Generosa discovered Ted had a mistress, her demons were unleashed.She began a very public affair with Danny Pelosi, a strikingly handsome womanizer who was also her electrician. She called him her “tool belt guy.” But he was also an ex-con with a mile-long rap sheet who was suspected of playing a pivotal role in Ted’s murder and the final destruction of a once-perfect family.In Almost Paradise, New York Times bestselling author Kieran Crowley, who has covered the Ammon case from the time it broke, recreates the three tumultuous lives that intersected fatally in East Hampton that fall. He tracks Generosa’s lonely transformation from angry teenager—orphaned, unwanted, and abused—to temperamental Manhattan artist and Society Wife. He follows the rambunctious odyssey that transformed Danny Pelosi from banking executive’s privileged son, to street fighter and down-on-his luck alcoholic, to unsuccessful contractor charged with murder. And he chronicles the charmed life and tragic death of Ted Ammon, whose money and status couldn’t save him from the machinations of those around him and his ultimate brutal demise.