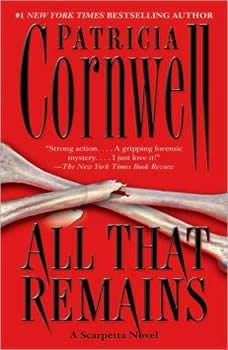 A serial killer is stalking Virginia’s young lovers, taking their lives and taunting police with a single clue: a jack of hearts. For two years, the meaning of this card has eluded FBI investigators. But as Scarpetta begins searching the victims’ remains for microscopic clues, she begins to suspect that someone in the FBI knows more about the murderer.

All That Remains
A Scarpetta Novel #3