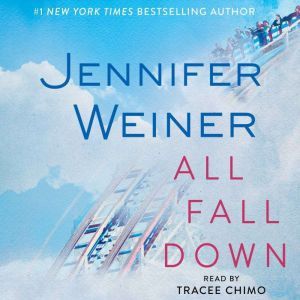 From #1 New York Times bestselling author Jennifer WeinerAllison Weiss got her happy ending—a handsome husband, adorable daughter, a job she loves, and the big house in the suburbs. But while waiting in the pediatrician’s office, she opens a magazine to a quiz about addiction and starts to wonder…Is a Percocet at the end of the day really different from a glass of wine? Is it such a bad thing to pop a Vicodin after a brutal Jump & Pump class…or if your husband ignores you?The pills help her manage the realities of her good-looking life: that her husband is distant, that her daughter is acting out, that her father’s Alzheimer’s is worsening and her mother is barely managing to cope. She tells herself that they let her make it through her days…but what if her increasing drug use, a habit that’s becoming expensive and hard to hide, is turning into her biggest problem of all?With a sparkling comedic touch and a cast of unforgettable characters, this remarkable story of a woman’s slide into addiction and struggle to find her way back up again is Jennifer Weiner’s most masterful work yet.