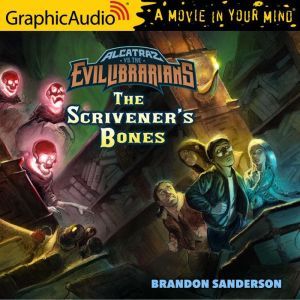 Alcatraz Versus The Scrivener's Bones

In his second skirmish against the Evil Librarians who rule the world, Alcatraz and his ragtag crew of freedom fighters track Grandpa Smedry to the ancient and mysterious Library of Alexandria. Hushlanders?people who live in the Librarian-controlled lands of Canada, Europe, and the Americas?believe the Library was destroyed long ago. Free Kingdomers know the truth: the Library of Alexandria is still around, and it's one of the most dangerous places on the planet. For it is the home of the scariest Librarians of them all: a secret sect of soul-stealing Scriveners. Can Alcatraz and his friends rescue Grandpa Smedry and make it out of there alive? 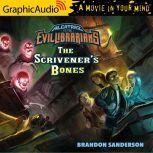 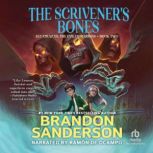 Alcatraz Versus The Scrivener's Bon...
Alcatraz #2

Alcatraz Versus the Scrivener's Bon...
Alcatraz #2