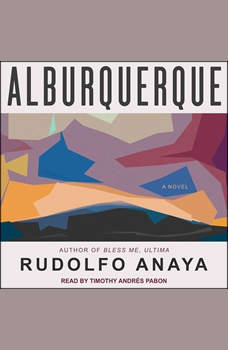 From the bestselling author of Bless Me, Ultima, the absorbing story of an adopted Mexican-American boxing champion's quest for identity. Abrán González always knew he was different. Called a coyote because of his fair skin, the kid from Barelas found escape through boxing and became one of the youngest Golden Gloves champs. But the arrival of a letter from a dying woman turns his entire life into a lie. The revelation that he was adopted makes him feel like an orphan and sends him on a quest to find his birth father. With the help of his girlfriend, Lucinda, and Joe, a Vietnam veteran, Abrán begins a journey that hurls him from the barrio into a world of greed and political corruption spearheaded by Abrán's manager, Frank Dominic, a con artist running for mayor with visions of building El Dorado on the Rio Grande. Rich in spirituality, and taking its title from the original spelling of the city's name, Alburquerque casts a light on the importance of ancestry while cutting across class and ethnic lines to tell a story of hope and displacement, love and regret, and the power of identity.