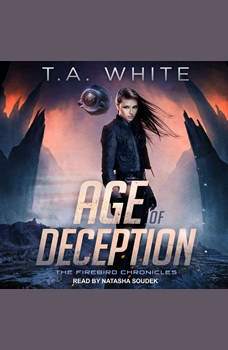 War hero and daughter to two Houses, Kira is just beginning to learn how deep the rabbit hole goes. Agreeing to accompany her father's people back to their homeworld, Kira Forrest prepares for the fight of her life. She's agreed to undertake the Trial of the Broken, a rite of passage every member of her father's House must pass. It offers a path to independence and freedom that is too tempting to deny. Not everyone welcomes this lost daughter of Roake. There are those who fear what her presence might bring to light. Betrayal stalks the halls of Kira's birthplace-its roots embedded deep in the events that claimed her parent's lives and set her on her current path. Walking the wire's edge between truth and deception will test the person Kira has become as she separates ally from betrayer. An old enemy has put into motion a plan that could topple the balance of power in the universe. Letting them succeed spells doom-but the price might be more than Kira is willing to pay.