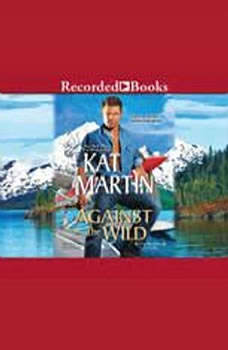 Series: The Brodies of Alaska #1

New York Times bestselling author Kat Martin has more than 60 romance titles to her credit. In this first book in the Brodies of Alaska series, Lane Bishop follows her heart to a remote Alaskan fishing lodge, where Dylan Brodie and his young daughter await. But the lodge houses a chilling legacy—one that could snuff out Lane and Dylan’s love even as it begins to take hold.

The Ideal Man
by Julie Garwood

Julie Garwood is among the most critically acclaimed — and popular — romance authors around, with thirty-six million copies of her books in print. And now, with The Ideal Man, Garwood is poised to expand that already huge audience. Dr. ...

The Brodies of Alaska Bundle

Against the Wild
The Brodies of Alaska #1

Against the Sky
The Brodies of Alaska #2

Against the Tide
The Brodies of Alaska #3