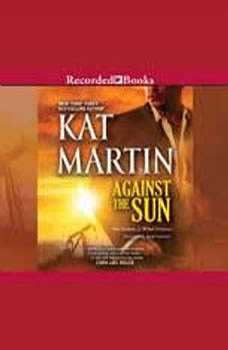 Series: The Raines of Wind Canyon #6

It's not in bodyguard Jake Cantrell's job description to share his suspicions with his assignments. Beautiful executive Sage Dumont may be in charge, but Jake's not on her payroll. As a former special forces marine, Jake trusts his gut, and it's telling him there's something off about a shipment arriving at Marine Drilling International. His instinct is aroused...in more ways than one. A savvy businesswoman, Sage knows better than to take some hired gun's ""hunch"" as gospel. And yet she is learning not to underestimate the man her grandfather hired to protect her. Determined to prove Jake wrong, Sage does some digging of her own and turns up deadly details she was never meant to see. Drawn into a terrifying web of lies and deceit-and into feelings they can't afford to explore-what Jake and Sage uncover may be frighteningly worse than they ever imagined.

The Ideal Man
by Julie Garwood

Julie Garwood is among the most critically acclaimed — and popular — romance authors around, with thirty-six million copies of her books in print. And now, with The Ideal Man, Garwood is poised to expand that already huge audience. Dr. ...

The Raines of Wind Canyon Bundle

Against the Sun
The Raines of Wind Canyon #6

Against the Odds
The Raines of Wind Canyon #7

Against the Edge
The Raines of Wind Canyon #8