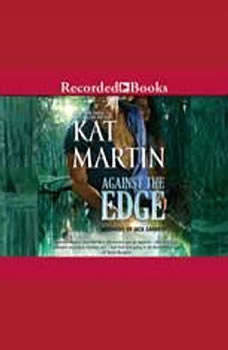 Series: The Raines of Wind Canyon #8

A child he's never met. A danger he's never known. Deep in the humid, rank heart of the Louisiana bayou, a survivalist group has something that belongs to former navy SEAL Ben Slocum: his son. That he's a father is news Ben Slocum was not expecting. But once the initial shock wears off for the confirmed bachelor, he takes in the rest of what social worker Claire Chastain tells him: that Sam is in the custody of an abusive degenerate, that they've disappeared...and that Ben is now the child's only hope. As Ben and Claire band together to track the two down, their concern for the boy draws them closer, each fighting feelings there's no time to explore. Because when their search takes them too close to Sam's abductor and his cohorts, the danger hits home-the son he's desperate to save, the woman he's desperate to love... Ben's got one chance to take back what's his, and in one gunshot he could lose it all.

The final storm of the season could be their last. After barely escaping death when her plane crashed deep in the Rocky Mountains during a snowstorm, Laura Doyle is left with a lingering fear for her life. Her lover, FBI agent Cameron Winger, reassu...

The Raines of Wind Canyon Bundle

Against the Edge
The Raines of Wind Canyon #8

Against the Wind
The Raines of Wind Canyon #1

Against the Fire
The Raines of Wind Canyon #2