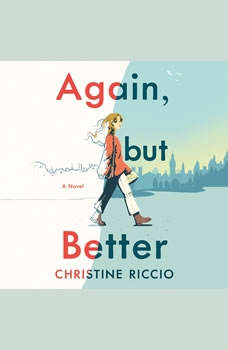 Again, but Better: A Novel

This program includes an author's note read by the author.From one of the most followed booktubers today, comes Again, But Better, a story about second chances, discovering yourself, and being brave enough to try again.Shane has been doing college all wrong. Pre-med, stellar grades, and happy parents…sounds ideal -- but Shane's made zero friends, goes home every weekend, and romance…what’s that? Her life has been dorm, dining hall, class, repeat. Time's a ticking, and she needs a change -- there's nothing like moving to a new country to really mix things up. Shane signs up for a semester abroad in London. She's going to right all her college mistakes: make friends, pursue boys, and find adventure! Easier said than done. She is soon faced with the complicated realities of living outside her bubble, and when self-doubt sneaks in, her new life starts to fall apart. Shane comes to find that, with the right amount of courage and determination one can conquer anything. Throw in some fate and a touch of magic - the possibilities are endless.