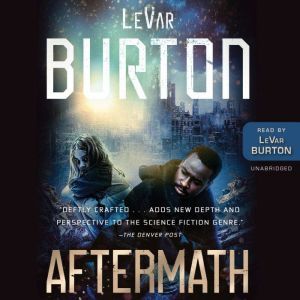 Read the novel that implied there would be a world so drastically different from the path we were on, and be shocked by the striking similarities to where we are now by television star, LeVar Burton.

What if the United States of America were a very different place in 2019? Back into the 1990's the world diverged from what we know today. First there was economic depression and Americans found themselves struggling in ways unfathomable. Then there's an enormous earthquake making the country feel like things can't get any worse. Only for the assassination of a Black President-elect to turn the country into a war zone. Now four people, each as different and troubled as the next, are the nation's last hope. But can they overcome the devastation and build a new world?