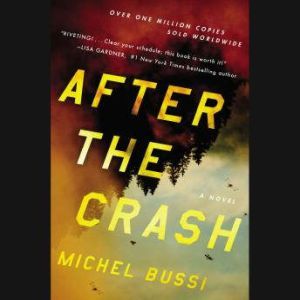 "Wonderfully ingenious and altogether satisfying."---Marilyn Stasio, New York Times Book Review Just after midnight on December 23, 1980, a night flight bound for Paris plummets toward the Swiss Alps, crashing into a snowy mountainside. Within seconds flames engulf the plane, which is filled with holiday travelers. Of the 169 passengers, all but one perish.The sole survivor is a three-month-old girl--thrown from the airliner before fire consumes the cabin. But two infants were on board. Is "the Miracle Child of Mont Terri" Lyse-Rose or Emilie? The families of both girls step forward to claim the child. Dogged by bad luck, the Vitrals live a simple life, selling snacks from a van on the beaches of northern France. In contrast, the de Carvilles, who amassed a fortune in the oil business, are powerful-and dangerous.Eighteen years later, a private detective tasked with solving the mystery of the girl known as "Lylie" is on the verge of giving up. As he contemplates taking his own life, CrA©dule Grand-Duc suddenly discovers a secret hidden in plain view. Will he live to tell it?Meanwhile, Lylie, now a beautiful university student, entrusts a secret notebook into the hands of Marc, the brooding young man who loves her, and then vanishes. After Marc reads the notebook's contents, he embarks on a frantic search for Lylie. But he is not the only one looking for her.