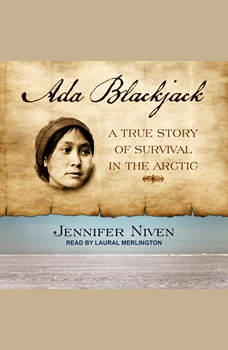 Ada Blackjack: A True Story of Survival in the Arctic

Now in paperback, the gripping and inspiring tale of a woman's survival alone in the Arctic.In 1921, four men and one woman ventured deep into the Arctic. Two years later, only one returned.When 23-year-old Inuit Ada Blackjack signed on as a seamstress for a top-secret Arctic expedition, her goal was simple: earn money and find a husband. But her terrifying experiences -- both in the wild and back in civilization -- comprise one of the most amazing untold adventures of the 20th century. Based on a wealth of unpublished materials, including Ada's never-before-seen diaries, bestselling author Jennifer Niven narrates this true story of an unheralded woman who became an unlikely hero.

The Inconvenient Indian: A Curious Ac...
by Thomas King