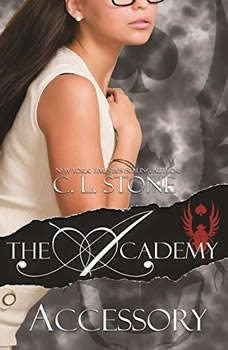 Series: The Academy: The Scarab Beetle #4

Kayli Winchester is still recovering from her last adventure and is out hunting for her missing brother, Wil, when Ethan Murdock calls, asking for help. Billions of dollars have gone missing and Kayli is the perfect person to find them – as one of the few people Ethan trusts. Only one problem: The team is led by Blake Coaltar. Kayli negotiates her way into a co-lead position, but for the Academy guys, that might not be good enough. The Academy doesn’t trust Blake and the last thing they want is for her to get mixed up with him. The guys can't persuade the willful Kayli to abandon the cause. They give her five days to convince them they should stay in this job. If she can’t, the boys want her to walk away. Kayli goes undercover and becomes the hot topic around some of the most wealthy and powerful CEOs in Charleston. Now she has to prove she’s a secret investor for old Mr. Murdock from before he disappeared, and convince them all she’s the real deal. She dives into her assignment head-first, but one uncovered complication after another threatens the mission. No matter how close to the chest Kayli plays her hand, secrets have a way of being discovered, and Axel, Corey, Brandon, Marc and Raven aren't going to like the truth she’s keeping from them. Being forced to work together for a week with an enemy may tear them all apart, leaving Kayli with nothing. It might be up to Blake Coaltar to save them from each other.

The Academy: The Scarab Beetle Bundle

Get 5% off your total order by adding 3 or more audiobooks from The Academy: The Scarab Beetle

Accessory
The Academy: The Scarab Beetle #4

Thief
The Academy: The Scarab Beetle #1

Liar
The Academy: The Scarab Beetle #2