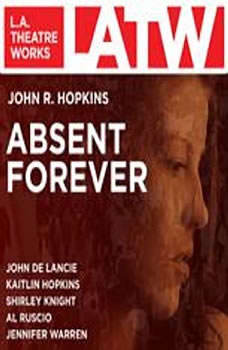 A bright and politically-engaged college student goes missing after a demonstration turns violent. But as her grieving mother begins her search, she uncovers a dark side to her daughter which she never knew existed. An L.A. Theatre Works full-cast recording, starring: John de Lancie, Kaitlin Hopkins, Shirley Knight, Al Ruscio and Jennifer Warren. Directed by Peggy Shannon and recorded before a live audience by L.A. Theatre Works.