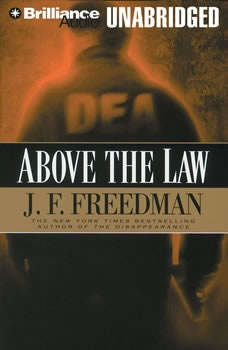 In a remote northern California town, a huge task force from the U.S. Drug Enforcement Administration conducts a raid on the stronghold of one of the biggest drug-dealing rings in the country. During the raid, the infamous, reclusive leader of the ring, Reynaldo Juarez, is shot and killed - despite direct orders from the Attorney General that he is to be taken alive at any cost because of his immense value to the government as a witness in other drug cases. District Attorney Nora Ray is called upon to investigate the killing, which she believes is a government cover-up, and calls in Special Prosecutor, and old friend, Luke Garrison to help her find out. Because the DEA has stonewalled its own internal investigation into the killing Nora suspects that the killer might actually be a member of its investigative task force and that it's being covered up. Nora and Garrison soon uncover a snakepit of intrigue, crime in high places, and lies - ending in a shocking trial that uncovers a wealth of dirty secrets of some of Garrison's closest friends.