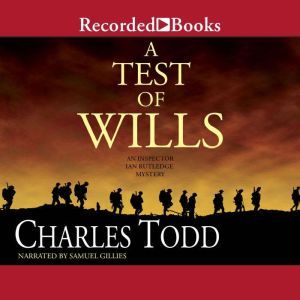 A Test of Wills

Ian Rutledge returns to his career at Scotland Yard after years fighting in the First World War. Unknown to his colleagues he is still suffering from shell shock, and is burdened with the guilt of having had executed a young soldier on the battlefield for refusing to fight. A jealous colleague has learned of his secret and has managed to have Rutledge assigned to a difficult case which could spell disaster for Rutledge whatever the outcome. A retired officer has been murdered, and Rutledge fighting the torment of his illness goes to investigate. As he digs into the lives of the villagers, the witness who disturbs him most is a war-ravaged ex-soldier who chills Rutledge with the realisation that he could become like this man.