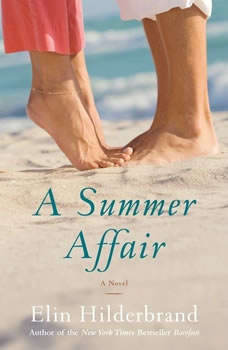 She's the perfect wife and mother--and he's the perfect temptation in this "perfect summer cocktail of sex, sun, and scandal" (Kirkus Reviews).Claire has a problem with setting limits. All her life she has taken on every responsibility, assumed every burden, granted every request. Claire wants it all--and in the eyes of her friends, she has it: a devoted husband, four beautiful children, even a successful career as an artist. So when she agrees to chair the committe for Nantucket's social event of the year, she knows she can handle it. Claire can handle anything.But when planning the gala propels her into the orbit of billionaire Lock Dixon, unexpected sparks begin to fly. Lock insists on working closely with Claire--often over a bottle of wine--and before long she can't ignore the subtle touches and lingering looks. To her surprise, she can't ignore how they make her feel, either. Claire finds the gala, her life, and herself spinning out of control.A Summer Affair captures the love, loss, and limbo of an illicit romance and unchecked passion as it takes us on a brave and breathless journey into the heart of one modern woman.

Elin Hilderbrand, author of the enchanting Summer People and The Beach Club, invites you to experience the perfect getaway with her sparkling new novel.Adrienne Dealey has spent the past six years working for hotels in exotic resort towns. This summ...

Knitting and life. They’re both about beginnings—and endings. That’s why it makes sense for Lydia Goetz, owner of A Good Yarn on Seattle’s Blossom Street, to offer a class called Knit to Quit. It’s for people who want t...

The Manning Brides
by Debbie Macomber

Rich Manning and Jamie Warren have always been friends—and nothing but friends. However, that changes when she asks him to father the child she so desperately wants. Rich agrees—if she'll marry him. Because he thinks their Marriage of Inc...

Grace Sherman204 Rosewood LaneCedar Cove, WashingtonDear Listener,If you've been to Cedar Cove before we've probably met. You can usually find me either at home or at the public library, where I work. I've lived in this town all my life and raised t...

I really love the covers of Elin Hilderbrand's books. They look very inviting. However, the two that I tried, couldn't hold my interest. A Summer Affair was not the sweet, fun, romantic summer I was expecting. I think I will remove her from my favorite authors