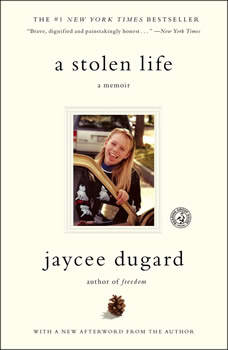 A Stolen Life: A Memoir

The first work of its kind—Jaycee Dugard’s raw and powerful memoir, her own story of being kidnapped in 1991 and held captive for more than eighteen years.When Jaycee Dugard was eleven years old, she was abducted from a school bus stop within sight of her home in South Lake Tahoe, California. She was missing for more than eighteen years, held captive by Phillip Craig and Nancy Garrido, and gave birth to two daughters during her imprisonment. On August 26, 2009, Garrido showed up for a meeting with his parole officer; he brought Jaycee, her daughters, and his wife Nancy with him. Their unusual behavior raised suspicions and an investigation revealed the tent behind the Garridos’ home where Jaycee had been living for nearly two decades.A Stolen Life is being written by Jaycee herself and covers the period from the time of her abduction in 1991 up until the present. In her stark, compelling narrative, she opens up about what she experienced—and offers an extraordinary account of courage and resilience.

My rating is on no way reflecting of what Jaycee went through, I can’t imagine the pain and courage it took to go through that. The book is very repetitive and the constant talk of cats was very boring. I had one question in the whole book....why on earth did she let her daughters sleep alone in the house with that monster?! She said towards the end of the book the Philip “let” her girls sleep in the house like it was a good thing. I never understood that part. She is extremely brave