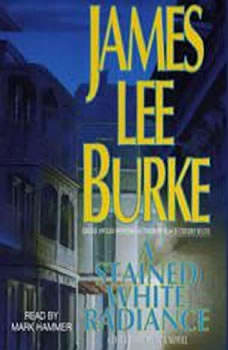 Cajun police detective Dave Robicheaux knows the Sonnier family of New Iberia -- their connections to the CIA, the mob, and to a former Klansman now running for state office. And he knows their past -- as dark and murky as a night on the Louisiana bayou.An assassination attempt and the death of a cop draw Robicheaux into the Sonniers' dangerous web of madness, murder and incest. But Robicheaux has devils of his own. And they've come out of hiding to destroy the tormented investigator -- and the people he holds most dear.Filled with the usual Burke combination of brilliant action and a stunning novelistic theme, A Stained White Radiance will keep Burke's fans riveted -- and win him many new ones.