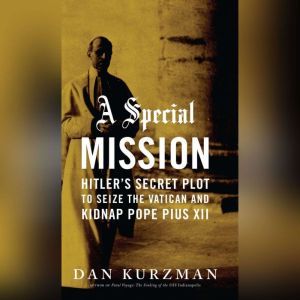 In September 1943, Adolf Hitler, furious at the ouster of Mussolini, sent German troops into Rome and ordered SS General Karl Wolff, who had been Heinrich Himmler's chief aide, to occupy the Vatican and kidnap (and perhaps kill) Pope Pius XII. At the same time, plans were being made to deport Rome's Jews to Auschwitz. Wolff began playing a dangerous game: stalling Hitler's plot against the pope, whom he hoped would save him from the noose in case Germany lost the war. To save Pius, Wolff and fellow conspirators blackmailed him into silence when the Jews were rounded up, hoping that Hitler would rescind his order.