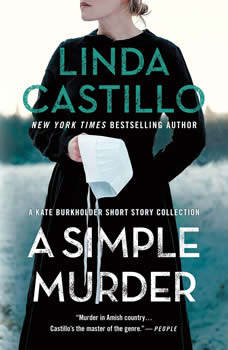 While on vacation with her partner John Tomasetti in LONG LOST, Kate discovers that the old house where they're staying is haunted by a girl who disappeared decades before...

An abandoned baby is discovered on the Amish bishop's front porch in A HIDDEN SECRET, and Kate is called in to investigate.

SEEDS OF DECEPTION unearths the secrets of Kate Burkholder's own Amish past—and lays the groundwork for her future career in law enforcement.

In the midst of a power outage in Painters Mill, a teenage girl is attacked at an Amish party in ONLY THE LUCKY.

IN DARK COMPANY is the story of an injured woman with amnesia who seeks Kate's help in trying to remember her attacker’s identity...and her own.

IN PLAIN SIGHT leads Kate to what she believes is a straightforward hit-and-run accident—but she soon uncovers a story of teenage passion that may have led to attempted murder.