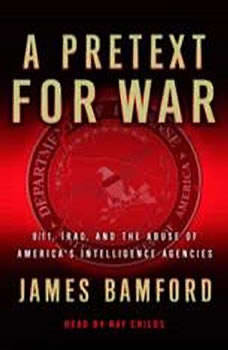 A Pretext For War: 9/11, Iraq, and the Abuse of America's Intelligence Agencies

In A Pretext for War, acclaimed author James Bamford–whose classic book The Puzzle Palace first revealed the existence of the National Security Agency–draws on his unparalleled access to top intelligence sources to produce a devastating expos? of the intelligence community and the Bush administration. A Pretext for War reveals the systematic weaknesses behind the failure to detect or prevent the 9/11 attacks, and details the Bush administration’s subsequent misuse of intelligence to sell preemptive war to the American people.

Filled with unprecedented new revelations, from the sites of “undisclosed locations” to the actual sources of America’s Middle East policy, A Pretext for War is essential reading for anyone concerned about the security of the United States.