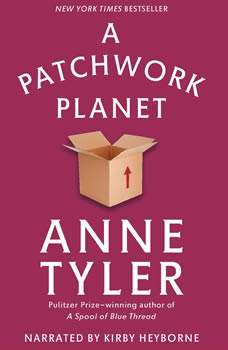 Barnaby Gaitlin was never a bad kid, but he was certainly doing his best to impersonate one. As a teenager, he developed a habit of breaking into other people’s houses. But he wasn’t interested in the valuable loot—he just liked to read people’s mail, peruse their family albums, and maybe pocket a few personal mementos. Now almost thirty and divorced, he finds himself working for Rent-aBack, which helps the elderly and infirm move furniture or take down their Christmas trees. It’s the perfect career for Barnaby: with each job, he’s able to steal a glimpse into a customer’s house and life. Then Barnaby meets Sophia. Her inherent, unshakeable goodness is totally foreign to him—and irresistible. With small moments of growth, Barnaby struggles to become the good man he hopes to be, finding that life rarely happens all at once but rather builds over time, patch by patch.