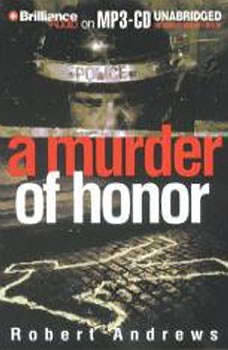 A Murder of Honor

In the world of cops, drive-by killings don't rank high on the popularity charts. They're usually random, and barring credible witnesses, they largely go unsolved. So when Father Robert O'Brien, a popular Washington priest with a high public profile, is murdered in a drive-by shooting, D.C. police aren't beating down doors to get the case. Homicide detectives Frank Kearney and José Phelps have been members of the force for twenty-five years, partners from the start. They're smart cops - smart enough to know they've been played for patsies when the O'Brien murder lands in their laps. This is payback time for two cops who've been a little too brash, a little too independent. But what appears to be a motiveless drive-by in a city with one of the nation's highest homicide rates soon turns into a dirtier, far more complex case involving corrupt politicians, self-serving media, warring drug lords, millions of dollars in questionable cash - and more murder. As Frank and José dig deeper, fending off the police bureaucracy and meddling politicos, it becomes increasingly clear that this case might cost them more than their careers. It might cost them their lives.