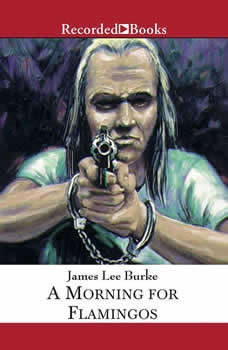 A Morning for Flamingos

Dave Robicheaux felt the bone-grinding pain rip through his body as the .45 did its damage. Through the agonizing haze that enveloped him, he heard an almost inhuman laugh-the hideous, victorious cackling of Jimmie Lee Boggs-a sound he would never forget. It had started out as an ordinary prisoner transfer, then turned into a blood bath when the convicted murderer got hold of a gun. Robicheaux could still hear that contemptible laughter, replacing the horrors from 'Nam he relived every night, echoing in the still of his darkened bedroom. When Boggs is spotted in New Orleans, Robicheaux follows, joining a DEA sting operation in the Quarter. Poised for revenge, he prepares to face his fears and silence the laughter once and for all. But, in the murky water of the Pearl River, Robicheaux finds that some things are more important than sweet, simple revenge.

A Morning for Flamingos
Dave Robicheaux #4