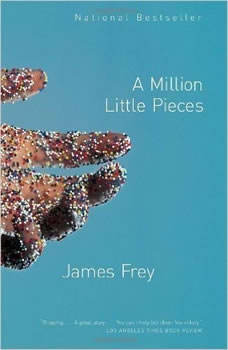 Murder at the Opera
by Margaret Truman

It ain’t over till the fat lady sings…but the show hasn’t even started yet when a diva is found dead. The soprano in question, a petite young Asian Canadian named Charise Lee, was scarcely a star at the Washington National Opera. B...

I wanted to read this book due to all the hype. I could care less if it was true or not, but i still just could not get into it. Maybe it was because I was expecting more...

Yes, I know all about Mr. Frey's liberties with the truth however, his story whether fiction or non-fiction is important and powerful. I read this book shortly after living through a hellish couple of years with an adult son, who was addicted to cocaine and pretty much everything else. This book caused me to shed buckets of tears, but it also made me laugh. This is the story of an addict. It's real and it tells a valuable story of the horrors of drug addiction--the wreckage of the addict's life as well as the suffering by those that care about the addict.

This is a wonderful book. I couldn't put it down. Nothing more needs to be said.

I've been wanting to read this one for awhile bc of the controversy that some of the things that go on in the book were fabricated. Who cares? It was really interesting. Some parts I had to skip bc it was just too gory for me. It did not disappoint. I recommend it!

I started listening to this book at the encouragement of my wife even before the revelation of the lies therein. Even then I was thinking addiction does not work like this. I have worked with both rich and poor addicts and here I only had glimpses of reality. Only when I got to the last half hour did I find out that it was fiction. I had known it already, and that is why this book gets one star.