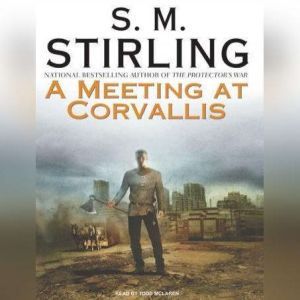 A Meeting at Corvallis

In the tenth year of the Change, the survivors in western Oregon have learned how to live in a world without technology. The city-state of Corvallis has preserved its university, and trade flourishes via riverboats and horse-drawn railways. Under the strong hand of Michael Havel, the Bearkillers hold the lands west of Salem in peace and order. And in the eastern half of the Willamette Valley, the Clan Mackenzie flourishes under the charismatic leadership of Juniper Mackenzie, bard and High Priestess. Together, they have held the Lord Protector, Norman Arminger—the warlord of Portland—at bay. With his dark fantasies of a neofeudal empire, Arminger has extended his power over much of the Pacific Northwest, spreading fear with his knights, castles, and holy inquisition. Even more dangerous, and perhaps Arminger's most powerful weapon of all, is the ruthlessly cunning mind of his consort, Lady Sandra. The tensions between these factions have been building for some time, and the only reason they haven't confronted one another on the battlefield is because Arminger's daughter has fallen into Clan Mackenzie's hands. But Lady Sandra has a plan to retrieve her—a plan that threatens to plunge the entire region into open warfare. 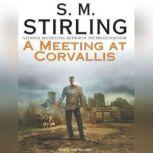 A Meeting at Corvallis
Emberverse #3