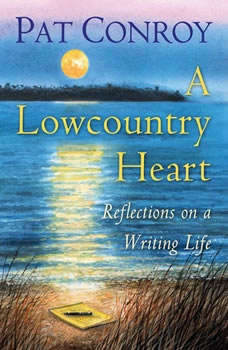 A Lowcountry Heart: Reflections on a Writing Life

This new volume of Pat Conroy’s nonfiction brings together some of the most charming interviews, magazine articles, speeches, and letters from his long literary career, many of them addressed directly to his readers with his habitual greeting, “Hey, out there.” Ranging across diverse subjects, such as favorite recent reads, the challenge of staying motivated to exercise, and processing the loss of dear friends, Conroy’s eminently memorable pieces offer a unique window into the life of a true titan of Southern writing.

With a beautiful introduction from his widow, novelist Cassandra King, A Lowcountry Heart also honors Conroy’s legacy and the innumerable lives he touched. Finally, the collection turns to remembrances of “The Great Conroy,” as he is lovingly titled by friends, and concludes with a eulogy. The inarguable power of Conroy’s work resonates throughout A Lowcountry Heart, and his influence promises to endure.

This moving tribute is sure to be a cherished keepsake for any true Conroy fan and remain a lasting monument to one of the best-loved masters of contemporary American letters.

Praise for A Lowcountry Heart

“A fascinating look into the mind of one of the South’s greatest authors . . . something to remember him by and cherish for years to come.”—The Clarion-Ledger

“Fans of Conroy . . . will relish the chance to spend more time with him in this glowing valedictory to his life and writing . . . Eloquent, folksy, and sometimes brutally honest.”—Publishers Weekly

“A moving and proper tribute to a true Southern icon.”—The Florida Times-Union