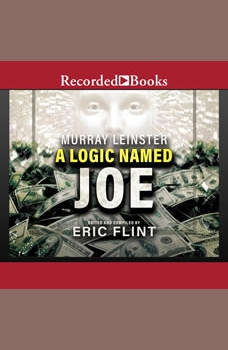 ALTRUISTIC SPACE PIRATES, NUCLEAR-POWERED DJINN, A TIME-TRAVELLING KANGEROO-AND MORE . . . Three complete novels of humorous adventure, one of them a Hugo Award finalist, plus a trio of witty short stories with the distinctive Leinster touch. * The Pirates of Zan-When a young man is accused and jailed unjustly, he is given a secret offer-in return for help in escaping, he must shake up the galactic establishment, which is getting dangerously set in its ways. He succeeds beyond anyone's wildest expectations, seemingly becoming a space pirate, but being in reality, the deadliest do-gooder in the galaxy. * Gateway to Elsewhere-Suppose that somewhere the world of the Arabian Nights is real, including very powerful and dangerous djinns, who are nothing like Aladdin's big blue pal. A man from our world wouldn't have a chance against them . . . or would he * The Duplicators - A planet where everyone has a machine which can duplicate anything would be the wealthiest world in the galaxy, right Wrong. And unless the hapless voyager who's trapped on the planet can find a solution to its problem, his voyaging will be over-permanently. Plus three short stories, including ''A Logic Named Joe,'' an uncannily prophetic story of home computers and the internet - written in 1946!