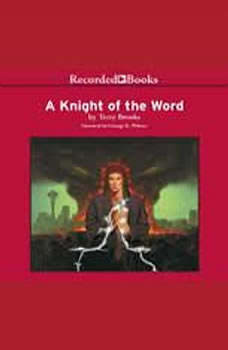 A Knight of the Word

Series: The Word and the Void series #2

With 14 national bestsellers to his credit, Terry Brooks has become an icon among fantasy fiction lovers. This stunning sequel to Running With The Demon lures listeners even further into the dark place where the battle for our souls rages on. By night, John Ross, A Knight of the Word, dreams of a nightmarish world governed by merciless demons, and by day he stalks these agents of evil in order to prevent the dreams from materializing. Having failed to prevent an unspeakable act of horror, he now suffers a crisis of faith. Vulnerable, no longer able to trust in the goodness of the Word, he has become a tempting prize for voracious demons. His only hope for survival may be a young girl who wields a powerful magic of her own. George Wilson’s powerful narration so effectively builds tension and plants doubt that you find yourself as easily led astray as the errant Knight. You don’t know what to believe or whom to trust in this suspenseful novel, where things happen fast and appearances are deceiving.