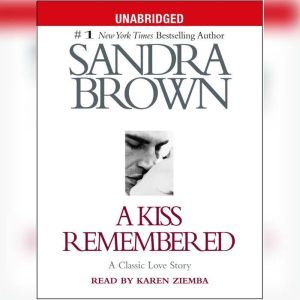 Shelley Browning, recovering from a disastrous marriage, is determined to get the college degree she abandoned to wed a young doctor. She's back at Oklahoma University at age twenty-six, a little older and a lot wiser. But Shelley can't explain why she takes a class in government taught by Grant Chapman -- except that she feels compelled to see him again. Ten years ago Grant was the best-looking teacher in her high school. He left after a few months to take a glamorous job as a congressional aide, but not before "the kiss." Unplanned, stunningly hot, and never repeated, a single kiss with Grant haunted Shelley as a symbol of "what might have been" with the right man. Now famous and as charismatic as ever, Grant has abandoned the rat race on Capitol Hill for a university career. Pleased to find Shelley in his classroom, delighted by her honesty and, believing there is no impropriety in dating her, he asks her out. Isn't that what Shelley has secretly hoped would happen? Never had she felt more confused about what she really wants. As their relationship grows, guilt mingles with desires she cant deny. Her heart longs to trust Grant; her head thinks intimacy is too risky -- for both of them. And when a stunning accusation emerges and pressures mount from unexpected sources, Shelley is faced with making a leap of faith to believe in love...or with walking away from the man of her dreams.