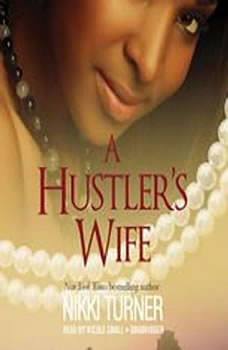 Nikki Turners debut novel is a smorgasbord of manipulation, street-life, greed, betrayal, envy, money, power, and revenge. Yarni, a sweet and innocent girl from a well-to-do family, by chance meets Richmonds notorious drug kingpin, Des. The spark between them immediately blossoms into an astronomical love, which separates Yarni from her family and friends. But when Des is sentenced to life in prison, Yarni will learn that being a hustlers wife isnt all that easy with her sole provider behind bars. Nikki Turner takes listeners along for the ride as Yarni struggles to survive. At times she plays the game, at other times the game plays her. It is a journey filled with laughter and tears, failures and triumphs.