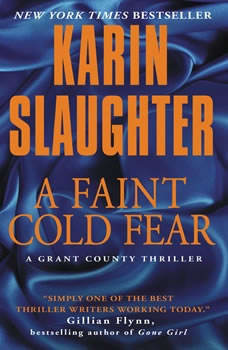 Gillian Flynn says, "Karin Slaughter is simply one of the best thriller writers working today."An apparent student suicide has brought medical examiner Sara Linton to the local college campus, along with her ex-husband, police chief Jeffrey Tolliver. But a horribly mutilated corpse yields up few answers. And a suspicious rash of subsequent "suicides" suggests that a different kind of terror is stalking the youth of Heartsdale, Georgia—a nightmare that is coming to prey on Sara Linton's loved ones.A small town is being transformed into a killing ground. And the key to a sadistic murderer's motive and identity may be held in the unsteady hands of a campus security guard—a former police detective driven from the force by the hellish memories that will never leave her. Lena Adams survived the unthinkable and has paid a devastating price. Now the survival of future victims may depend upon her ... when she can barely protect herself.

Karin Slaughter always lives up to her name in her novels. There is a lot of gore and graphic violence and some of the people are rather disgusting humans and you would not want to be around them in real life. This small Georgia town seems to be filled with troubled souls and serial killers and would be too much to take except for the author’s brilliant writing that ***** you into the book and won’t let you go until the end. The book is intense and gripping and doesn’t really have a “happy ending” and leaves more questions than answers. A great read for suspense fans but not for the faint-hearted.