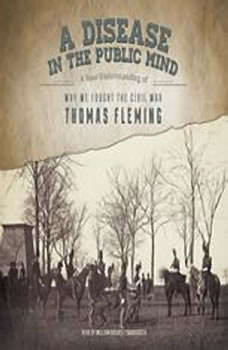 A Disease in the Public Mind: A New Understanding of Why We Fought the Civil War

By the time his body hung from the gallows for his crimes at Harpers Ferry, abolitionists had made John Brown a holy martyr in the fight against Southern slave owners. But Northern hatred for Southerners had been long in the making. Northern rage was born of the conviction that New England, whose spokesmen and militia had begun the American Revolution, should have been the leader of the new nation. Instead, they had been displaced by Southern slavocrats like Thomas Jefferson. And Northern envy only exacerbated the Souths greatest fear: race war. In the sixty years preceding the outbreak of civil war, Northern and Southern fanatics ramped up the struggle over slavery. By the time they had become intractable enemies, only the tragedy of a bloody civil war could save the Union. In this riveting and character-driven history, one of Americas most respected historians traces the disease in the public minddistortions of reality that seized large numbers of Americansin the decades-long run-up to the Civil War.