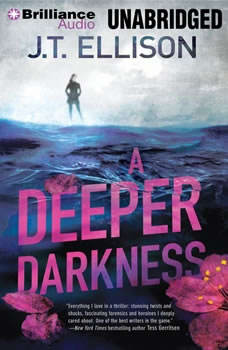 As a medical examiner, Samantha Owens knows her job is to make a certain sense of death with crisp methodology and precision instruments.But the day the Tennessee floods took her husband and children, the light vanished from Sam’s life. She has been pulled into a suffocating grief no amount of workaholic ardor can penetrate — until she receives a peculiar call from Washington, D.C.On the other end of the line is an old boyfriend’s mother, asking Sam to do a second autopsy on her son. Eddie Donovan is officially the victim of a vicious carjacking, but under Sam’s sharp eye the forensics tell a darker story. The ex-Ranger was murdered, though not for his car.Forced to confront the burning memories and feelings about yet another loved one killed brutally, Sam loses herself in the mystery contained within Donovan’s old notes. It leads her to the untouchable Xander, a soldier off-grid since his return from Afghanistan, and then to a series of brutal crimes stretching from that harsh mountainous war zone to this nation’s capital. The tale told between the lines makes it clear that nobody’s hands are clean, and that making sense of murder sometimes means putting yourself in the crosshairs of death.