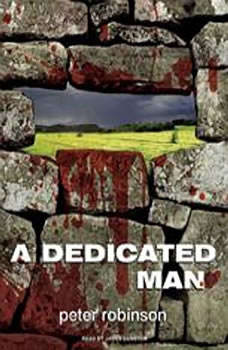 A dedicated man is dead in the Yorkshire dales—a former university professor, wealthy historian, and archaeologist who loved his adopted village. It is a particularly heinous slaying, considering the esteem in which the victim, Harry Steadman, was held by his neighbors and colleagues—by everyone, it seems, except the one person who bludgeoned the life out of the respected scholar and left him half-buried in a farmer's field. Detective Chief Inspector Alan Banks left the violence of London behind for what he hoped would be the peaceful life of a country policeman. But the brutality of Steadman's murder only reinforces one ugly, indisputable truth: that evil can flourish in even the most bucolic of settings. There are dangerous secrets hidden in the history of this remote Yorkshire community that have already led to one death. And Banks will have to plumb a dark and shocking local past to find his way to a killer...before yesterday's sins cause more blood to be shed.

Day of Atonement
by Faye Kellerman

Peter Decker of the L.A.P.D. never dreamed he'd be spending his honeymoon with his new wife, Rina Lazarus, in an Orthodox Jewish enclave in Brooklyn, New York—or that a terrible event would end it so abruptly. But a boy has vanished from the ...

The Hanging Valley
by Peter Robinson

No one dreamed something so hideous could grow in so beautiful a place... Many who visit the valley are overwhelmed by its majesty. Some wish they never had to leave. One didn't: a hiker whose decomposing corpse is discovered by an unsuspecting tou...

Linda Castillo's bestselling series has been called "gripping" [People] and "impossible to put down" [Bookpage] and the "teeth chattering suspense" [USA Today] continues with GONE MISSING—a deeply chilling novel about a rite of passage gone ho...

Her Last Breath
by Linda Castillo

An extraordinarily beautiful Amish woman, a dangerous femme fatale, is the central figure in Linda Castillo's Her Last Breath, a story that reveals a dark side of Painters Mill and its seemingly perfect Amish world.A rainy night, an Amish father ret...

Live to Tell
by Lisa Gardner