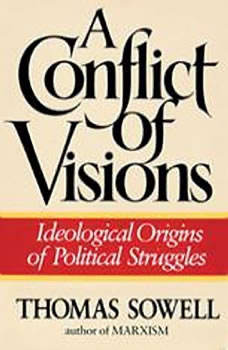 A Conflict of Visions: Ideological Origins of Political Struggles

Sowell explains that most people have one of two contrasting visions, constrained and unconstrained, described in terms we recognize as associated with the political Right and political Left. At the heart of the conflict of visions are questions about the moral and intellectual capabilities of human beings. The historical record shows these assumptions to be shockingly different from what is commonly believed about the basic premises of the Left and Right.