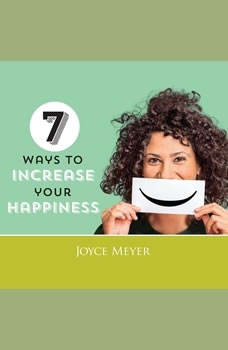 7 Ways to Increase Your Happiness

Do people want what you have? They should! As Christ’s representatives, our lives reflect His grace and redemption, and our peace and joy in Christ should make others hungry for Him. But if we are chronically unhappy and frustrated, not only would we not glorify God, we won’t be good examples of Him. In this series, Joyce explains why the joy of the Lord is your strength, and how to embrace happiness through Christ, regardless of your circumstances. You’ll learn... How to thrive when things get overwhelming; The keys to maintaining your peace in every situation; How to stay true to who God made you to be when you’re tempted to conform; The best ways to receive God’s power and favor. So cheer up, be happy and look on the bright side...very good things are coming your way!