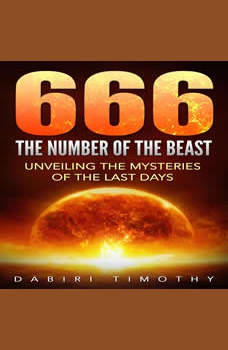 666 The Number of the Beast: Unveiling the Mysteries of the Last Days

Who is this beast? What is the purpose of its coming? What is its mystery number 666 all about? What is the secret about its mark which it will force upon humanity? These and many others are questions being asked about this expected alien, the evil one, who is coming to tempt the whole human race and, thus bring as many as possible to destruction.

Ever since the creation of time, there has been a battle going on “the struggle over winning human race” between God and devil. God wants man for eternal joy, but devil wants man for eternal destruction. Devil deceived man to sin in the beginning, and the sin brought condemnation to mankind.

The scripture, especially the book of Revelation prophesies about its coming, leaving many questions in the minds of many. This book provides practical solution and answers to many questions that might have developed in the minds of many people over the time. The book depths into many hidden mysteries about the beast “who the beast is” “the purpose of its coming “ “its mystery number 666”,”its evil mark”, “its work”, and ‘’ the biblical revealed secret to overcoming its antics’’.

Uncovering the Secrets of Bible Proph...
by Jeff Kinley