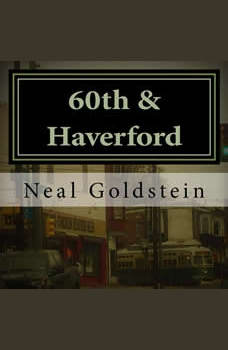 The intersection of 60th & Haverford Avenue in West Philly is one of the most notorious drug corners in the city. Seconds after Police Officer Jake Loman stops at the corner one night a man wearing a those over his street clothes, runs out of the corner bodega firing wildly at him. Jake takes several rounds before he can return fire. The shooter claims the attack was inspired by ISIS. Veteran detective Frank Benson and Sergeant Ophelia Brown-Thurman are assigned to the investigation.

Pope Francis' visit to Philadelphia is a month away. Secret Service agent Nikki Cartwright and her team spent the last year overseeing the security arrangements for the visit. Loman's attacker publicly asserted that his actions were motivated by his support for ISIS draws Nikki's attention to the attempted assassination of the police officer and she asks for a briefing on the investigation. When she gets to the meeting she discovers that Benson, who she had a teenage crush on when he dated her older sister, was in charge of the investigation. Because of the possible terrorist connection, Nikki decides to monitor Benson and Ophelia's investigation.

Is the attack on the police officer connected to the Pope's visit? Benson, Ophelia and Nikki's investigation leads them to the possible connection of terroriststo the attack. The pace of their investigation quickens as the city gets ready for the Pope's arrival.

All of the action culminates as the Pope celebrates Mass in the presence of 100,000 pilgrims on the Benjamin Franklin Parkway.