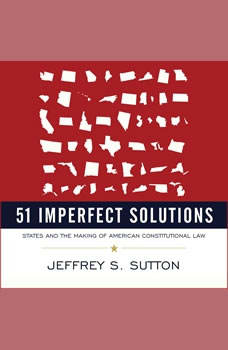 51 Imperfect Solutions: States and the Making of American Constitutional Law

If there is a central conviction of this book, it's that an underappreciation of state constitutional law has hurt state and federal law and has undermined the appropriate balance between state and federal courts in protecting individual liberty. In trying to correct this imbalance, the book also offers several ideas for reform.