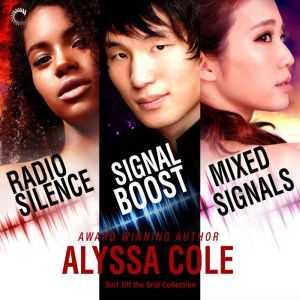 3in1 Off the Grid Collection

Series: Off the Grid

“This trilogy gets better with each book.” —Library Journal

“Cole’s Off the Grid series succeeds because it captures the unsettling details of its dystopian setting beautifully, but also because its main characters are so very human and relatable.” —RT Book Reviews

No one expects the apocalypse.

Arden Highmore was living your average postgrad life in Rochester, New York, when someone flipped the “off” switch on the world. No cell phones, no power, no running water—and no one knows why. All she and her roommate, John, know for sure is that they have to get out, stat. His family’s cabin near the Canadian border seemed like the safest choice.

When scavengers attack, it’s John’s ridiculously handsome brother, Gabriel, who comes to the rescue. He saves Arden’s life, so he can’t be all bad…but he’s also a controlling jerk who treats her like an idiot. Now their parents are missing and it seems John, Gabriel, their kid sister, Maggie, and Arden are the only people left alive who aren’t bloodthirsty maniacs.

No one knows when—or if—the lights will come back on and, in the midst of all that, Arden and Gabriel are finding that there’s a fine line indeed between love and hate. How long can they expect to last in this terrifying new world, be it together or apart?

When technology stopped working, the world as they knew it ended.

In a secluded cabin, John and his loved ones have survived. He should feel grateful. But his family is in his face 24/7, he has to watch his best friend, Arden, and brother, Gabriel, flaunt their love, and as a techie in a Luddite world he’s pretty much useless. The cabin is brimming with people, but he feels utterly alone.

Until he catches Mr. Tall, Blond and Gorgeous raiding their garden. Mykhail is an astrophysics student, he makes John’s gaydar ping like crazy and he thinks he knows what caused the devastation. He’s on a journey to his university to find answers, and John invites himself along. Partly to get out of the house, and partly because he can’t let Mykhail go without acting on the mutual attraction that’s so obvious even John’s mom is playing matchmaker.

The closer they get to campus, the more Mykhail lets down his walls. But with answers come secrets both devastating and deadly, and before they can save the world, they’ll have to save themselves.

Four years after the Flare, the world is finally starting to rebuild

For Maggie Seong, that means leaving the safety of her family’s cabin for college. She won’t be alone, though—hunky former military cadet Edwin Hernandez, family friend and self-appointed Protector of Maggie’s Virtue, will be there. Maggie would much prefer that Edwin himself dispose of her “innocence,” but he’s already rejected her advances once, and a girl has her pride.

Things look pretty bleak romance-wise until Maggie discovers that Devon, the pre-Flare internet boyfriend she’d assumed was dead, is not only alive but on campus. Despite the passage of time, their bond is strong, and they quickly pick up where they left off. Even as Devon aims for a chance at love IRL—everything Maggie thought she’d wanted—Edwin’s desire to protect her makes her question her heart.

Maggie’s torn between the future she didn’t dare to hope for and the past she can’t let go of. And when a group of neo-Luddite terrorists threaten the campus, everyone’s loyalties will be tested. To ensure that the world doesn’t go back to the dark days following the Flare, Maggie might have to sacrifice it all.

One-click with confidence. This title is part of the Carina Press Romance Promise: all the romance you’re looking for with an HEA/HFN. It’s a promise

Off the Grid Bundle 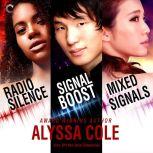 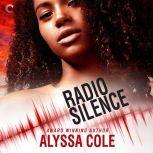 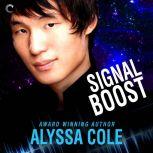 Radio Silence
Off the Grid

Signal Boost
Off the Grid