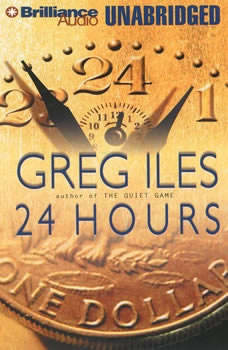 24 Hours begins with the perfect family. On the perfect day. About to become trapped in the perfect crime.Will Jennings is a successful young doctor in Jackson, Mississippi, with his whole life ahead of him. He has a thriving practice, a beautiful wife, and a young daughter he loves beyond measure. But Will and his family are being watched by a con man and psychopath. A man who has crafted the unbeatable crime. A man who has never been caught, and whose victims have never talked to the police. A man whose life's work strikes at the heart of every family's nightmare: the unstoppable kidnapping.But this man has never met Will and Karen Jennings."Iles tells a riveting tale...Here is a major talent strutting his considerable stuff." - Denver Post