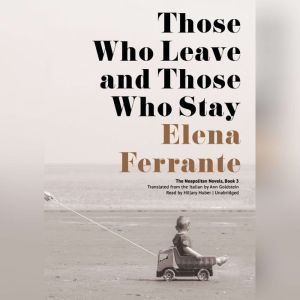 Those Who Leave and Those Who Stay

The incredible story continues in book three of the critically acclaimed Neapolitan novels! In this third Neapolitan novel, Elena and Lila, the two girls whom readers first met in My Brilliant Friend, have become women. Lila married at sixteen and has a young son; she has left her husband and the comforts her marriage brought and now works as a common laborer. Elena has left the neighborhood, earned her college degree, and published a successful novel, all of which has opened the doors to a world of learned interlocutors and richly furnished salons. Both women are pushing against the walls of a prison that would have seen them living a life of misery, ignorance, and submission. They are afloat on the great sea of opportunities that opened up during the 1970s. Yet they are still very much bound to each other by a strong, unbreakable bond.

Hillary Huber's performance captivated me immediately. She is Elena Greco, the book's main character and narrator. I've not come across her as a reader before but she conveys expertly the complex emotion and ideas in the novel. The narrative is beautifully clear and feels so genuine. I fell in love with this book almost immediately. I don’t think I’ve ever read a novel that felt so honest. There is such depth and detail to explore with these characters. It is the story of two women who have been lifelong friends. Their relationship is set against a background of class, politics and violence in Italy in the 1960s and 70s. Elena falls into a malaise after marriage and by the birth of her second child seems to have lost her own identity. She is no longer “the famous writer” but is the wife to a respected academic and mother of two daughters. Elena's friend Lila has been a dropout and solo mother, working an unskilled job, but her fortunes change. While Lila is pursuing a successful career, Elena is stagnating. The women in the book are frequently defined by their relationships. Women are wives and mothers - these are their only worthwhile achievements. Elena defines herself at various points as writer, friend, daughter, fiancée, wife, mother, sexual object. But always the definition comes from those around her, frequently men. She has very little that is her “self.” [Warning: Spoilers ahead!] She finally develops the identity of a lover and reinvents herself as a writer, but while she is leaving behind old identities she is creating new ones, runaway wife who has abandoned her husband and her two daughters. The sound quality & production values of this recording are superb. Huber narrates in such a way that none of the book's subtleties are lost. This novel is the third in a series (a fourth is due out in September 2015). I didn’t feel as though I was missing anything, but I have certainly put the two earlier books, My Brilliant Friend and The Story of a New Name, at the top of my list of books to read next. I hope I haven’t done myself a disservice by reading them out of order (but I enjoyed this book so much that I don't mind!). Those Who Leave and Those Who Stay (unabridged audiobook) • by Elena Ferrante • translated from the Italian by Ann Goldstein • read by Hillary Huber • The Neapolitan Novels, Book 3 • 16.7 hours • published by Blackstone Audio • 2015 • ISBN 9781483080635 Related works: Betty Friedan's The Feminine Mystique - Elena is a perfect description of the women Friedan spoke to when writing her book. The Adventures of Pinocchio by Carlo Callodi. Truth is an important player in the book and The Blue Fairy even makes a couple of appearances. Milan Kundera's Ignorance - similar themes of people who stay, those who leave and what happens when they come back again: when home is no longer "home." 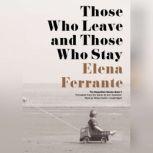 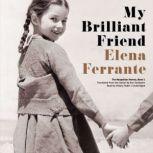 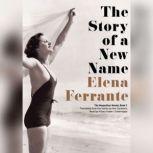 Those Who Leave and Those Who Stay
The Neapolitan Novels #3

My Brilliant Friend
The Neapolitan Novels #1

The Story of a New Name
The Neapolitan Novels #2